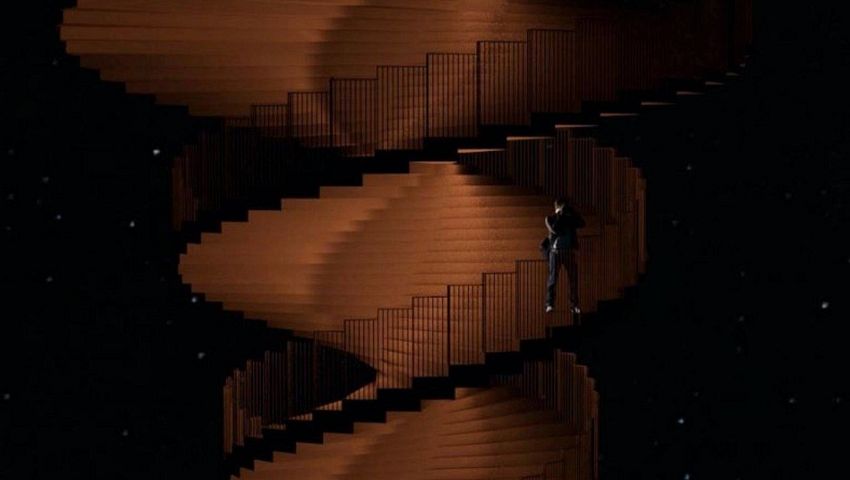 BIG aside, Denmark has been on something of a scenic observation tower kick as of late following the public opening of EFFEKT’s hourglass-shaped wooden viewing tower at Gisselfeld Klosters Forest in 2019.

Back in the town of Skærbæk within Wadden Sea National Park, Marsh Tower will take the form of a single corkscrewing staircase that terminates high above the vast surrounding tidal flats at a lookout perch. With the field of view increasing the further visitors climb, the tower’s double-helix form provides optimal, unobstructed gazing-out opportunities as visitors ascend and descend the structure—in terms of the viewing experience, the hike up can be completely different than the journey back down.

Per VisitDenmark, Marsh Tower, which will anchor a campsite area and include a café and touristic center at its base, is currently under construction and is set to open in the spring of 2021.

Danish-language regional newspaper JydskeVestkysten was the first to report of the in-progress tower at Skærbæk, where local officials and boosters of the project hope that tourists won’t just come from near and far for the sweeping tower-top views and recreational activities, but also to partake in a bit of old-fashioned architectural tourism having been drawn to the region by a nationally “big” name. Per JydskeVestkysten, roughly $3.8 million has been invested in revamping the former Hjemsted Oldtidspark at Skærbæk, located within the boundaries of Wadden Sea National Park (Denmark’s largest national park and part of a chain of national parks on the Wadden Sea also stretching across Germany and the Netherlands), into a campsite and outdoor recreation gateway in order to help bolster tourism.